This visual Assignment is an image of me. Since I have been talking about how stressed I was and how I need to relax. I have three photos, one represents me when I am relaxed, calm, and overload stressed. I took two pictures of some tulips that I had on my desk at work and uploaded them to pixlr. I decided to adjust the first one with the images Kaleidoscope and solarize and the second one just with solarize.

I did a Google search for “going crazy” and was able to find the image of the woman in the center so it could look like my mind was spinning in circles. I saved the image on my computer, but was not able to upload it in Flickr. So I used my Ulead Photo Express software and enhanced the image of the solarize photo and placed the photo of the woman in the center of the solarize photo and saved it to my computer and then uploaded it to Flickr

The picture of just the tulips represents me being calm and relaxed, the picture of the tulips in the image of kaleidoscope and solarize is my mind turning and going in overload. The last photo is how I felt when I first started reading everything this class entails. 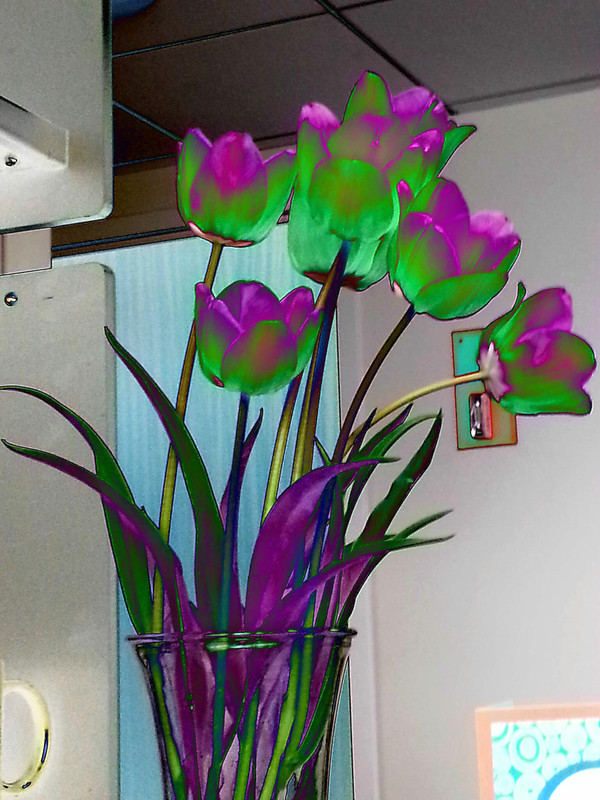 Steps of Visual Assign An Image of Me

3 thoughts on “The Image of Me (Visual Assignment #1)”